Created in 1979, last concerts in 1991: Pierrejean Gaucher’s first group, including a large number of since widely acclaimed musicians, has left a footprint on 80s French jazz

With 8 albums and 400 concerts in 12 years, Abus Dangereux occupies a prominent place in the French jazz scene of the 1980s. With this constantly changing training, Pierrejean Gaucher has created a research laboratory that has allowed him to enrich his musical vocabulary by digesting and transforming in his own way all the influences he then receives.

Each album of the group is an opportunity for new encounters (nearly 50 musicians participated in the adventure over the whole duration). If the first album claims an identity close to a progressive (jazz) rock with strong references to Zeuhl (Magma, Zao) or the Canterbury school, the following ones will become closer to a modern electric jazz, whose models could be Weather Report or Steps Ahead, without forgetting Frank Zappa or Hermeto Pascoal. But limiting this group to “fusion” would be reductive because its leader has always refused labels wherever they come from.

In 1986, Abus lost its dangerous label and became one of the first groups to experiment with the use of computers on stage, thus experimenting with machine and musician interaction. Like a Pat Metheny, the synthesizer guitar also becomes an important tool in the guitarist’s sound palette.

Through Abus, the guitarist has always sought to privilege an original writing and collective rendering, even if a dose of individual prowess is often present, as Bobby Rangell, Randy Brecker, Stéphane Belmondo, Olivier Hutman, Etienne MBappé… who at one time or another, have marked the life of the band. 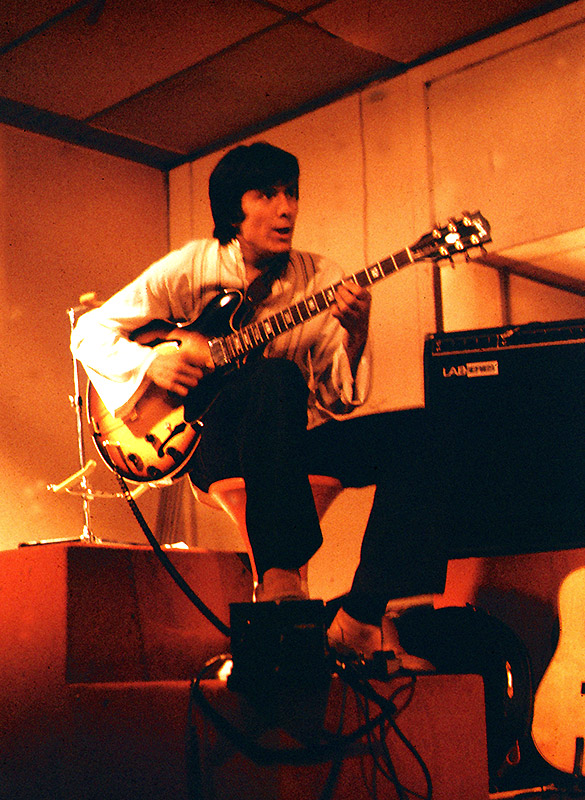