One more trio, but with British pop aesthetic, particulary from the seventies, with the original contribution of an electric cello

Thirty years after his first album of only original compositions, the guitarist wanted to mark this anniversary with a record paying tribute to the English bands that marked his adolescence. Thus was born Melody Makers, which builds a new bridge between jazz, rock and pop, offering an original rereading of the great standards of the “British” scene. The trio’s second album, released in 2012, features only compositions that claim this seventies heritage.

This trio formula with cello is not common. It was born from the meeting between Pierrejean and Clément Petit. By constantly pushing back the register and the sound palette of his instrument, he brings virtuosity to a level not reached in the genre. Add a drummer juggling with nuances (without sacrificing groove), and you get a Power jazz trio with a unique sound, both very acoustic and electric, delicate and energetic, and which is living proof that the compartmentalization of genres is no longer necessary today. 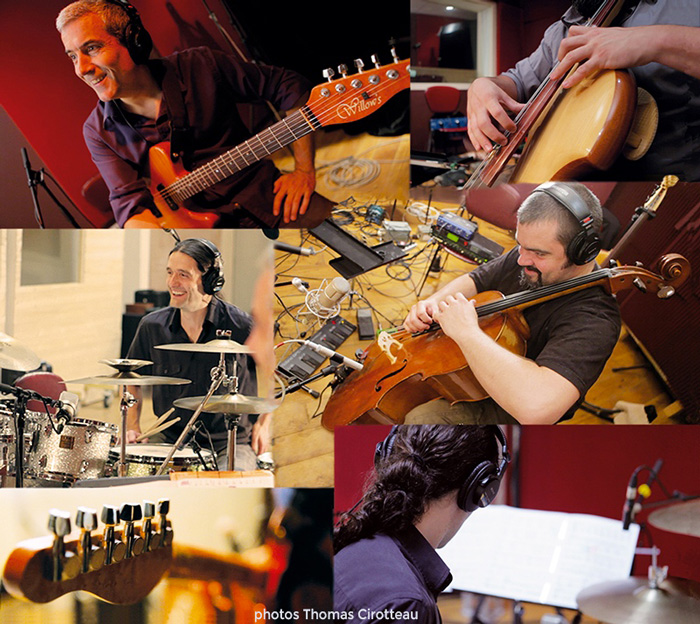